Where do these people come from?

So, I was driving to work this morning, yup sorry folks, lots of errands to run and was running late this morning. I know that is not a good excuse but it is truthful. Anyway, I came to one of the many 4-way stops on Prairie Ave in our fair city. I did my part and came to a complete stop. I looked to make sure no one was pulling out even though it was my turn. All of a sudden a dude on a mtn bike comes riding up to the intersection as I started through. He had the kahunas to wave me through the intersections as he kept biking and swerving toward the back end of my vehicle so he did not have to stop.

Ok, so this dumb #$%!, who was also not wearing a helmet, did not stop and then was telling me, who was in a 4 wheel drive SUV, even though it is a small SUV, but still telling me what to do when he was TOTALLY in the wrong for not obeying the traffic laws. Made me crabby. People like that give the rest of us bikers a bad rap. The worst part is how many vehicle drivers get aggravate by these type of riders and they proceed to take their aggravation out by yelling at other bikers just because it is guilt by association, you know we are both on a bikes. That is were the similarities end for MOST of us...VERY FRUSTRATING!

So, then I get down to the Prairie and Russell intersection which can be kind of a mess in the morning but anyway there is a pedestrian just walking out in the middle of the intersection on the service road. He was not watching for traffic. He just decided he was made of whatever alloy or maybe he was super human that nothing could damage him I guess.

WOW.....WHERE DO THESE PEOPLE COME FROM?

I'm not sure where they come from, but I know where they're going, and I know what kind of basket they are getting there in! ;)

I've been toying with a post about this since college is back in session. It's getting bad with more cyclists on the road. I'm not saying I'm an angel...I may blow a stop sign IF NOBODY IS COMING or slow to 1-2 mph while waiting for a break, but there are plenty of idiots going through without looking. An amazing amount of people are riding on the left side of the road too. I've been a little vocal at people lately. STOOPID...

I think CycleSD sent all the crazies to follow you for a few days! When confronted by someone complaining about a stupid cyclist, I remind them that there are also a lot of stupid drivers. Not all people on bikes follow the laws, not all people in cars follow the laws. (even former governors!)

Tony - you are correct!

Hooterville Mayor & Snakebite - YOU ARE CORRECT!

Biking Brady - I am sure it is NUTS with all those college kids. I admit to going slow through a stop sign and not completely stopping when there are not other cars around. When cars are there I do stop. Maybe you should have a class just to remind students to obey traffic laws when on a bike.

Dirk - I was wondering about the crazies that morning that is for sure. I do not get into nest of them like CycleSD does at times. Stupid car drivers...we have all seen our fair share of them! 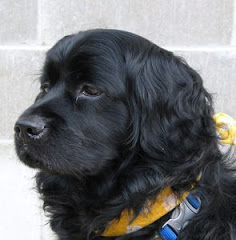